Illegality as we know it today came into existence after 1965. In the decades before 1965, the media rarely depicted immigration in negative terms. Nor did the public or Congress consider it a problem in need of legislation. By the 1970s, though, the demonization of immigrants—in particular, Mexican and other Latino immigrants—and the issue of “illegal immigration” were turning into hot-button issues.

There are some particular historical reasons for these changes. Some are economic. The global and the domestic economies underwent some fundamental structural changes in the late twentieth century, changes we sometimes refer to as “globalization.” Some analysts argued that globalization was making the world “flat,” and that with the spread of connection, technology, and communication, old inequalities would melt away.

Others believed that new inequalities were becoming entrenched—that a “global apartheid” being imposed, separating the Global North from the Global South, the rich from the poor, the winners in the new global economy from the losers. I’ll go more into depth about these changes and show how they contributed to a need for illegality to sustain the new world order.

The second set of changes is ideological and cultural. Like the big economic shifts, ideological and cultural changes are a process; they can’t necessarily be pinpointed to a particular date or year. I use 1965 as a convenience, because that’s when some major changes were enacted in US immigration law that contributed to creating illegality. But those changes responded to, and contributed to, the more long-term economic and ideological shifts that were occurring. In the cultural realm, overt racism was going out of fashion. Civil rights movements at home and anti-colonial movements abroad undercut the legitimacy of racial exclusion and discrimination. While apartheid continued in South Africa through the 1980s, even that lost its international legitimacy. In the United States, the Jim Crow regime was dismantled and new laws and programs were aimed at creating racial equality, at least on paper. By the new century, people were beginning to talk about the United States as a “postracial” society. At the same time, though, new laws hardened immigration regimes and discrimination against immigrants in the United States and elsewhere.

TRUE REFUGEES OF THE BORDER WARS

Before deeply delving into the dizzying and sometimes irrational nature of immigration law, it’s helpful to consider what’s actually happening on the ground. I had the opportunity to see firsthand the human tragedy that’s resulted from the new immigration regime in March 2010, when I participated in a weeklong humanitarian delegation with the organization No More Deaths, one of several that take direct action on the US-Mexico border. Volunteers from these organizations attempt to provide humanitarian aid to migrants by leaving water at stations along migrant trails and offering basic first-aid at camps in the desert, among other things. My group, though, was taking testimonies on the Mexican side of the border from migrants who had been caught and deported.

During that week, I met several hundred deportees. They were arrested for a crime no US citizen can commit: entering the United States without official permission. Only people who are not US citizens need official permission to enter US territory. Nogales, Sonora, on the US-Mexico border, has the feel of a war zone. Every few hours, a bus from the Wackenhut private security service arrives on the US side of the border filled with would-be migrants, mostly from Mexico’s poor southern regions. Most of them were captured by the Border Patrol somewhere in the Arizona desert. “They used to try to capture us near the border,” one migrant told me wearily. “Now, they patrol two or three days’ walk north of the border. They want to find us when we’re dehydrated, exhausted, blistered, so we can’t run away.”

First, the drivers unload their belongings from underneath the bus—a few backpacks, but mostly clear plastic Homeland Security bags supplied by the Border Patrol. After about half an hour, the migrants descend from the bus in small groups. Under armed guard, the lucky ones retrieve their packages and shuffle back across the border to be processed by Mexican authorities. Many have lost everything on their trek through the desert, when they were attacked by robbers, became separated from their group, got lost, or fled from the Border Patrol.

Processing takes about fifteen minutes. The migrants receive a slip of paper attesting to the fact that they are deportees. The paper confirms their eligibility for the fragmentary social services that the Mexican government and several Catholic church organizations offer to migrants in Nogales: one phone call, a half-fare bus ride home, three nights in a shelter, and, most generously, fifteen days of free meals twice a day at the comedor, or soup kitchen, run by the Proyecto Kino, supported by both the Mexican and several US archdioceses of the Catholic church. After processing, the migrants emerge on the Mexican side of the border. Taxi drivers and food vendors accost them as they stumble out, dazed and bewildered. “Everybody wants to pretend to be a migrant, to get services,” one provider told me. “You have to look at their shoes. If they have shoelaces, they’re not migrants. Homeland Security takes their shoelaces so they won’t . . .” He gestured slitting his throat and laughed conspiratorially. So the migrants stumble because their feet are raw and torn from walking through the desert, and because they have no shoelaces in their tattered shoes.

If they’re lucky, one of the first people they’ll encounter is Sal, with the Transportes Fronterizos (Border Transport) company, contracted by the Mexican government to provide transportation services for deportees. Sal is a deportee himself. In his twenties, he speaks English with a perfect Chicano lilt. That’s not surprising: he came to the United States with his parents when he was three and grew up and graduated from high school in Arizona. “How did you get deported?” I asked him, quickly realizing that we should communicate in his preferred English, rather than Spanish. “You don’t want to know,” he grimaced. “Jaywalking.” Was it racial profiling? The police stopped him for crossing a street where there was no crosswalk, asked him for his documents, and arrested him. In Arizona, local police are empowered to enforce immigration laws.

Sal can tell migrants where to find free food and shelter, and how to access the transportation services offered by Grupo Beta, the Mexican government agency charged with removing migrants from the border to prevent them from attempting to recross. He keeps his booth open from 10 a.m. until 6 p.m., when the last bus leaves for the shelter. Migrants who get deported after that have to sleep on the streets.

Most migrants leave their homes in Mexico with identification papers, money, and family members or other traveling companions. Most are deported alone and can spend days or weeks trying to determine the whereabouts of husbands, wives, children, or cousins. Many have also lost their documents and their cash. The buses arrive every few hours, all day and night. The migrants who are dumped and wander the streets of Nogales are the true refugees of the border wars.

At the door of the Proyecto Kino soup kitchen, the long line for breakfast starts forming around 8:30 a.m. Some migrants arrive by bus from the shelters, others by foot after spending the night on the street or in the cemetery. The hundred or so men line up on the right, and the ten to twenty women and children, who get served first, on the left. To get in when the comedoropens at 9 a.m. for the first breakfast shift, all of them have to show their deportation document. The paper that proves that they were hunted, captured, and deported for not having the proper documents to enter the United States now becomes their ticket to a free meal.

The services available to migrants are paltry compared to their needs. “My wife, my grown daughters, and our two adopted grandchildren are in California,” one man in his fifties told me despairingly. He showed me the adoption papers. His daughter’s children, aged two and three and both US citizens, were taken by Child Protective Services when the daughter became a drug user. He and his wife became their foster parents and then adopted them. “I had to promise that I’d support them and care for them. How can I do that if I can’t get back to them?” He asked to use my cell phone to call his wife and then thrust the phone into my hand. “Talk to her,” he urged me. “Tell her I’m here. Tell her I’m trying to get back.”

A young man spent three days waiting outside the exit port. He and his wife were separated during the deportation process. “Her name is Brenda. She was wearing gray sweatpants and a green T-shirt,” he told everyone who would listen. As each bus arrived, he stood waiting with a desperate hopelessness, watching the deportees slowly trickle out, searching for her familiar face.

As part of No More Deaths, I could offer these people only a few tokens of aid: a phone to call their relatives, donated clothes and socks, a granola bar or rehydration drink. I could beg them to share their stories with us, so that we could tell them back in the United States and try to change our immigration policies.

At the end of the day, we’d walk back to Nogales, Arizona, stepping lightly across the border that had destroyed and divided their lives.

A Woman Should Know Her Place In The...

IT’S ONLY HUMAN NATURE AFTER ALL

WHY WE CHANGED A PLANET 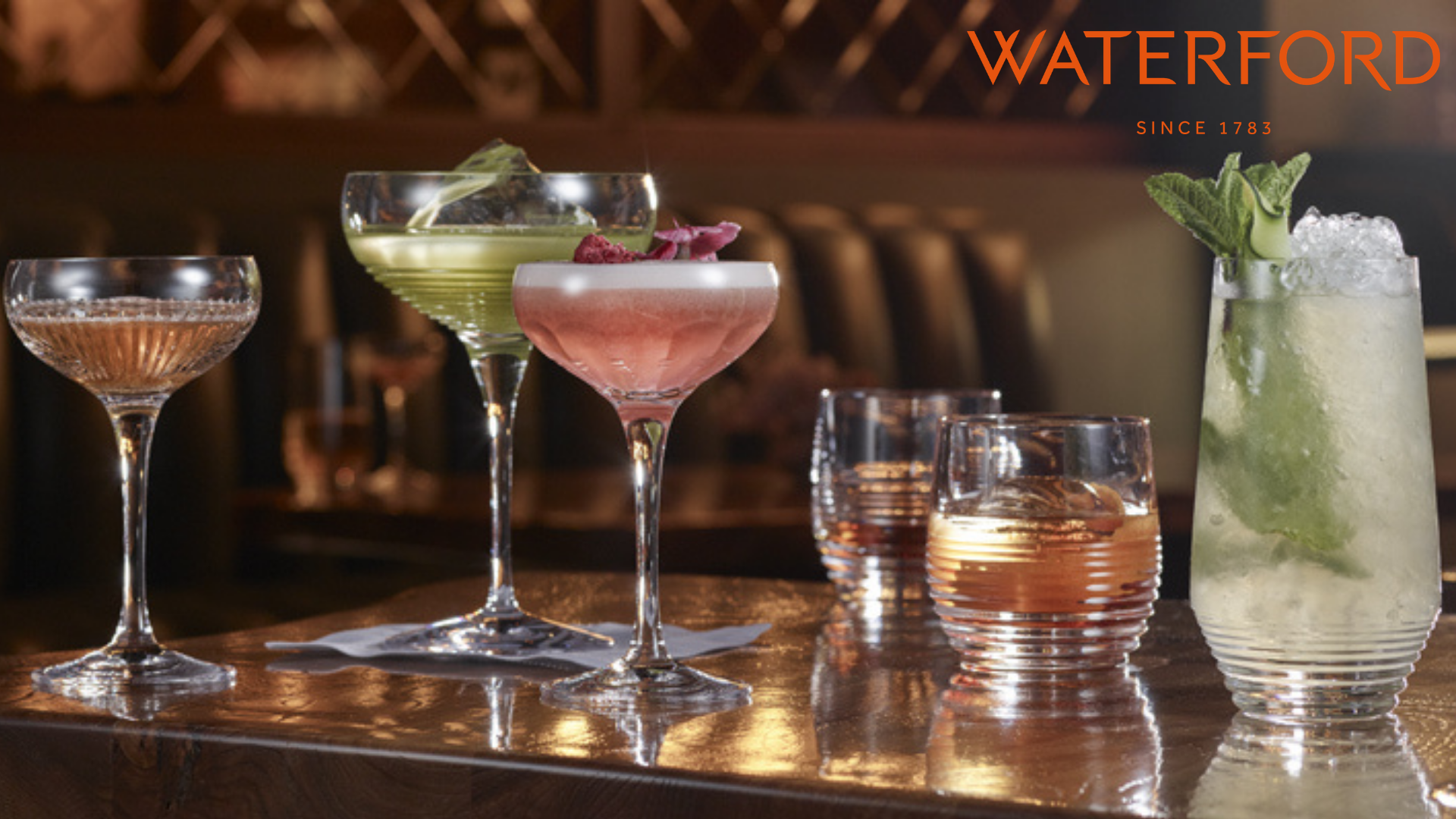 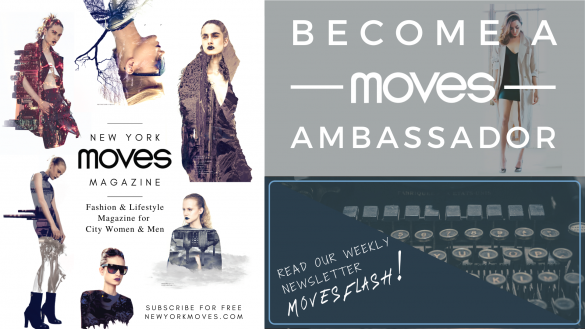 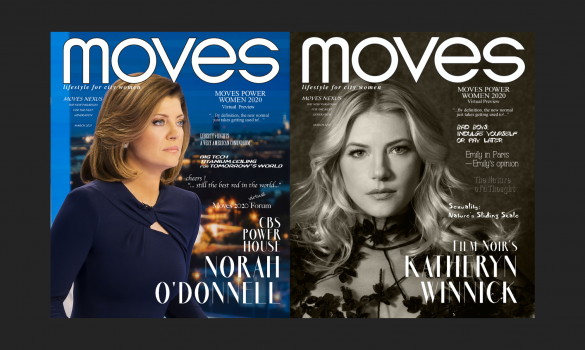 No any image found. Please check it again or try with another instagram account.
Just when we thought that there was nothing in 2020 that could bring Americans together, Emily in Paris came out on… https://t.co/ql3cVobQtX

Reply Retweet Favorite
Though the inauguration is different from past ceremonies, @JoeBiden and @KamalaHarris are sworn in as 46th Preside… https://t.co/NP9yqbiA5r

Reply Retweet Favorite
Did you watch the premiere of Prodigal Son tonight starring Tom Payne and @BellamyYoung ? We can't wait for Episod… https://t.co/PfOjD5QhvY