… lead by example, are accommodating and flexible by nature, yet strong and immovable on points of principle; always determined but always aware of circumstance.

“…WOMEN WHO MAKE A DIFFERENCE in our lives, especially in these challenging times, and provide inspiration for generations to come…”

“…My mom had always played opera arias for us when we were little. And when I was seven – she asked me to learn the chorus of “con te partiro” as a birthday present for her… ”

1. You’re a youth ambassador for Feed The Children. What made you passionate about this specific cause?
I have one very close friend – I’ve known her my whole life but when she was little she had a very hard life.

2. It must be difficult to achieve your dreams in a global pandemic. How have you been handling the isolation?
At the beginning it was really hard but I stayed busy with my brothers and new music and school and Netflix.

3. How does it feel to be a voice both to an American and Arab audience?
I feel really lucky that I was able to experience both shows. I think my message is the same for both, enjoy my performances and have a little escape from the real world.

5. Where do you hope to be in 5 years?
I hope to be with my family living happily – I don’t mind where. And for my singing I hope I have learned a lot about music theory, mastered guitar and piano, written many songs and taught my voice every genre and perfect my Italian for opera.

7. What’s the thing that you enjoyed most about competing on AGT?
My favorite thing was getting to know Simon Cowell. He was so kind and cool.

8. How has your family handled your success so far?
My family has been awesome. I could never have done it without them. My mom is always by my side and my dad worked so hard to keep my career running smoothly.

9. What advice have for others your age to achieve their dreams.
Just stay positive. It’s a lot of work and ups and downs but you have to be optimistic and enjoy the long journey.

10. Who is your biggest inspiration?
Maria Callas. She is the best singer ever. It was her emotion and soul that she put into her performances that made them the best performances and most heart breaking.

11. What made you passionate about opera music in the beginning?
My mom had always played opera arias for us when we were little. And when I was seven – she asked me to learn the chorus of “con te partiro” as a birthday present for her.

13. You’ve traveled much more than most people your age. Where is your favorite place?
My favorite place would have to be Sri Lanka, riding in tuktuks and surfing and exploring.

Leah Bonnema is a comedian who has appeared on The Late Show with Stephen Colbert and Hard Read, a romance novel book club on Chris Gethard Presents as well as regular guest spots on the Moves Power Women Annual Gala. She is the co-host of the popular podcast Were You Raised By Wolves?! Leah hails from rural Maine and celebrates Christmas all year long. For more information please go to LeahBonnema.com and follow her on Instagram @LeahBonnema.

When delightfully disheveled detective novelist Mae Robards receives a message from her parents that they’re going to close the x-country ski center in New Hampshire she decides to pack up her life in LA and move home to help keep the family business afloat. Mae wonders if she’s making a big mistake as she starts her December drive cross country with her dog Scarpetta. Her latest novel is already past due and there’s a new editor who dislikes Mae’s unconventional style of writing. Mae is fully aware of how like the plot of a Christmas movie the current circumstances of her life seem to be and can’t help but laugh when her Jeep breaks down and a handsome stranger shows up with a tow. Could this be a Christmas romance? (Why yes, yes it is!) With the help of her friends, family and a little spirit of the season, can Mae make it all work or has she taken on more than she can handle in The Holiday Breakdown?!

Lillie Lemon is now Kinder Creatures, and they’re all about the message. The duo, Lillie Lemon and Eric Rowe formally made the change early 2021 to reflect their evolution and changing priorities as artists. Now, they hope to make a clear statement through their music and use their plat form to address the many social issues of today.
The two have always had a unique approach to their sound – a light, melodic synth-pop tune contrasted with darker, hard-hitting lyrics. The musical dichotomy of Lillie Lemon quickly attracted a dedicated fanbase for the Monterey-based band. However, despite the success, both of them found that there was something missing. As they their success grew, they began to realize that the name Lillie Lemon just wasn’t encompassing enough for their goals. Eric says, “ The Lillie Lemon moniker, which never really worked for us in the first place, was working less and less and less. And then there was a ver y, probably 2017, politically intense time and it felt like the time for change.”
Lillie also added, “You know, the last four years have been really stressful for people who are living, culturally, as the underdog. People are opening up themselves to the world in ways that they felt like they couldn’t before. And naturally, there’s a lot of pushback, and so it feels really tense. I felt like the Lillie Lemon moniker wasn’t speaking to that and I wanted to speak to that more. It was important to me.”
And so, in the middle of a pandemic, Lillie Lemon became Kinder Creatures. As Lillie says, “The name comes from that desire to become something better than what we have been as a society. We want to be more than just these labels that we give ourselves. We want to be humans together, loving each other.” With the rebranding, the group hopes to address issues of oppressive cultural systems and showcase a life-affirming story to their audiences.
As we eagerly wait for their first album, Lycanthropy, we are given a small taste of what is to come. On November 24, 2020, Kinder Creatures released a single called Colorblind, a sneak-peak of the album to come. Though they have changed the direction of their group, their sound has not been lost at all. That unique tonality comes from the extensive collaboration between Lillie and Eric during the creative journey. There is no set process – just a flow. As Eric puts it, their process is like a “beer tap” – sometimes, it gushes out, while other times, it’s a slow trickle. Occasionally, there’s a bad brew or pour, but keep trying and fixing and tweaking – and something good is sure to come out.
Though they make sure to collaborate and communicate while creating music, Lillie typically works on the lyrics, while Eric produces the music. This division of labor – their specialties, rather – are a product of their backgrounds and childhoods growing up.
Lillie attributes her emotional songwriting to a traumatic childhood. She says, “I went through this very tough growing phase. My parents got divorced and things were really, really messy emotionally in my household. I learned very early on to be really sensitive to other people’s feelings around them, because it’s a defense mechanism. Like, I need to know how people are feeling so I can act, because things in the house could just blow up at any minute.” In keeping with the message of Kinder Creatures, Lillie uses this unfortunately-acquired yet incredible sense of empathy to channel the emotional turmoil and struggles of society and write poignant lyrics.
Meanwhile, Eric grew up surrounded by music with a mother who sang professionally and an older brother who also picked up music. His formal education in music led him to pick up many different instruments and styles, but also created a creative bottleneck. While his technical skills were quickly developing, it took a long time for Eric to realize the artistic side as well.
“[Learning formally], I’m like, ‘Oh, I can play the notes, but how do [I] play the message?’”, he says, “So that’s been kind of my ‘coming out’ with Lillie.”
Both Lillie and Eric’s stories are perfectly encapsulated in the name, Kinder Creatures. They came together, goods and bads alike, to create something better and stronger than ever.

The Chains of Your Skyway 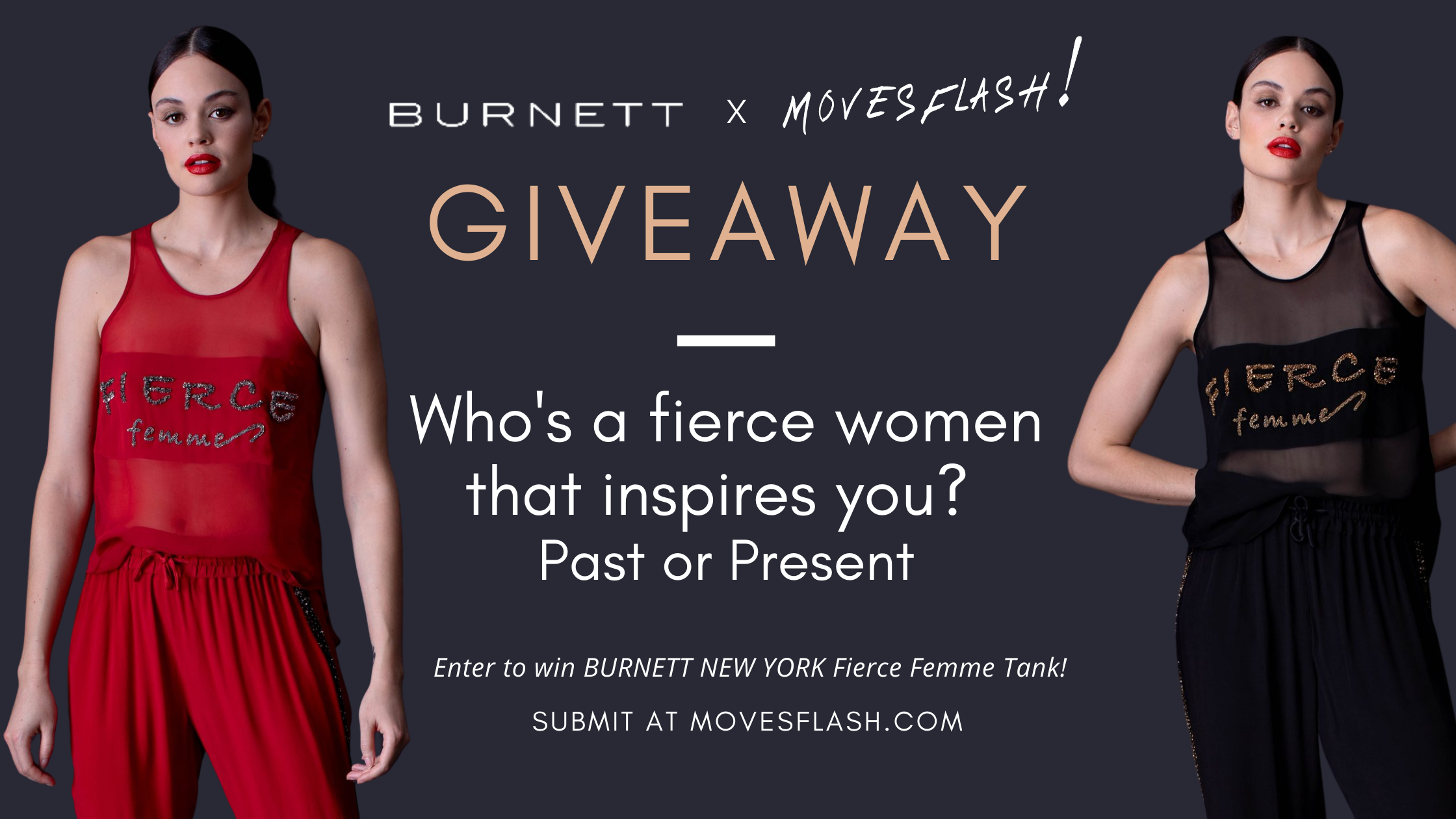 No any image found. Please check it again or try with another instagram account.
Hulu has set a stellar recurring cast for The Dropout, its upcoming limited series about the rise and fall of Eliza… https://t.co/CMS81KC4o4

Reply Retweet Favorite
#AaronEckhart has boarded the pugilist thriller Rumble Through the Dark based on the Michael Farris Smith novel The… https://t.co/MKKW4eVQKk